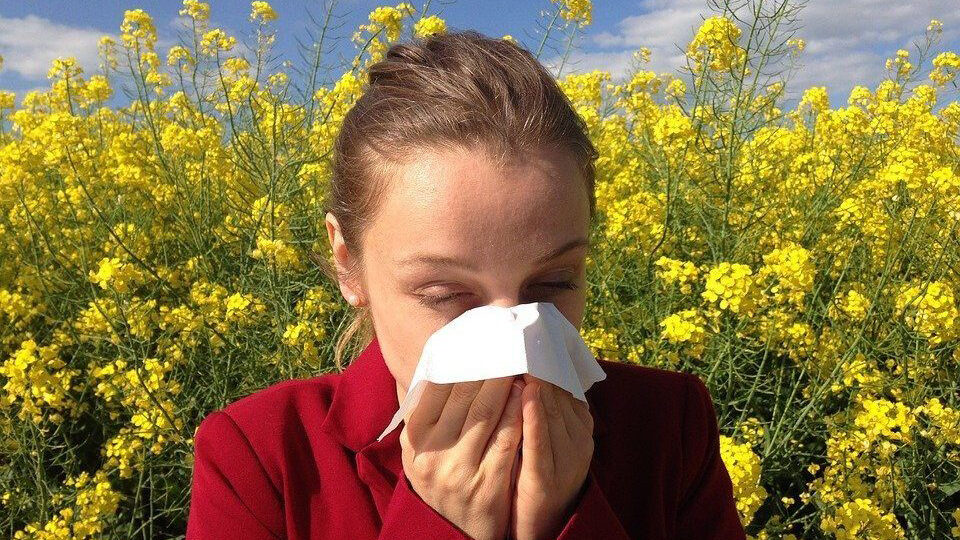 Who would have thought that there will come a time that even clay can do wonders to our body? Well, believe it or not, edible clay can help us in many ways. It is responsible in improving the health conditions of many people suffering from different illnesses. Constipation, diarrhea, anemia, chronic infections, skin ailments like eczema and acne, heavy-metal poisoning, exposure to pesticides and toxins, arthritis, stress, and allergies are just some of the many diseases clay can successfully remedy.

Allergies are very common. They plague an estimated 20 percent of Americans and more throughout the world. They are responsible for constant visits of children to pediatricians and hospitals. Hay fever is the most common form of allergy around. It is an inflammation of the nasal passages caused by irritants. The rising number of incidents has been linked to an increase in pollutants, chemicals, pesticides, and other allergy-provoking foreign substances.

So how do allergies occur? Several studies linked both allergies and diabetes to immunization and a decreased incidence of childhood infections. Recent studies also showed that allergies were found to be less common among the poor and among people who grew up in big families or unsanitary surroundings. Why is this so? The suggested explanation is that the evolving immune system needs to keep busy. If it has no invaders to cope with, it turns its defenses on otherwise harmless stimuli.

This may not be applicable to some but there is an alternative remedy. Calcium Montmorillonite Clay is an edible kind of clay that is very helpful in treating allergies. It has approximately 67 minerals that include adequate amounts of iron, magnesium, boron, manganese, magnesium, potassium, calcium, and silica. With these nutrients, clay is considered as the best supplement in strengthening the immune system and keep the body safe from illnesses like allergies.

Most forms of allergies result from the inappropriate release of histamine into the bloodstream. Calcium Montmorillonite Clay aids in absorbing and neutralizing histamine, thus preventing the occurrence of allergic reactions. In addition, clay has excellent detoxifying properties that rid the body of deadly toxins and bacteria including irritants. It acts fast and effectively by attracting and absorbing and removing them from the body before they can do further damage.

By absorbing and neutralizing histamine and keeping the body’s immune system in best condition, you can easily avoid allergies and hay fever. Just take your daily dose of edible clay and you no longer have to worry.

Clay Is Effective Against Allergies and Hay Fever

Edible clay is known to adsorb the toxins such as heavy metals, pesticides and free radicals technically, attracting the same to the extensive surface finally where they can adhere for long and then absorb all the toxins, thereby removing them from the body. The absorptive properties of edible clay are the key to the multifaceted healing capabilities of this miraculous clay.

Did you ever think that something like clay could do such wonders for our body? Well, it’s fortunately true; clay does help our system in many ways. It can help us in improving our health conditions, it can cure many chronic ailments like diarrhea, constipation, anemia, skin problems like acne and eczema and chronic infections. It can as well cure heavy-metal poisoning, arthritis, allergies, stress and hay fever, and of course all of it can be done naturally.

Allergies are the most common complications that we experience. It affects almost 20% of America’s populace. Allergic conditions are equally common in men, women and children. Hay fever happens to be the most prevalent type of allergy that is characterized by inflammation of our nasal passage and is principally caused by certain irritants.

Several studies have been conducted for identifying the cause of allergies, but no proper cause could be identified. Some studies have established a link between allergies and diabetes and it is presumed that both of these conditions are caused due to immunization. Recent studies however have revealed that allergies are less common in the poor and in people who have grown up in joint families or in unsanitary conditions. Why? The study explains that it is due to the immune system and its busy functions.

Allergies are often treated with strong drugs having side effects that do not help in curing the disease completely. For better results, Calcium Montmorillonite Clay can be used for treating allergies and hay fever. Edible clay or Calcium Montmorillonite Clay contains approximately 67 vital minerals that includes sufficient amount of iron, boron, manganese, potassium, magnesium, silica and calcium. With such rich essential nutrients contained in it, edible clay is considered to be one of the best alternative treatments for allergies and it helps in strengthening our immune system while preventing various allergies and illnesses from affecting us.

Most of the allergic reactions or allergies are caused due to the improper discharge of histamine in our bloodstream. Calcium Montmorillonite Clay helps in absorbing as well as neutralizing histamine, thereby preventing the development of allergies and allergic reactions. Additionally, edible clay also has exceptional detoxifying properties that can help the body in getting rid of toxins, bacteria and irritants. It is effective and works really fast by attracting as well as absorbing the toxins and eventually removing them from our body before they cause any further internal damage.

By absorbing as well as neutralizing histamine and then keeping the immune system in the best condition, it actually helps in avoiding allergies and hay fever.